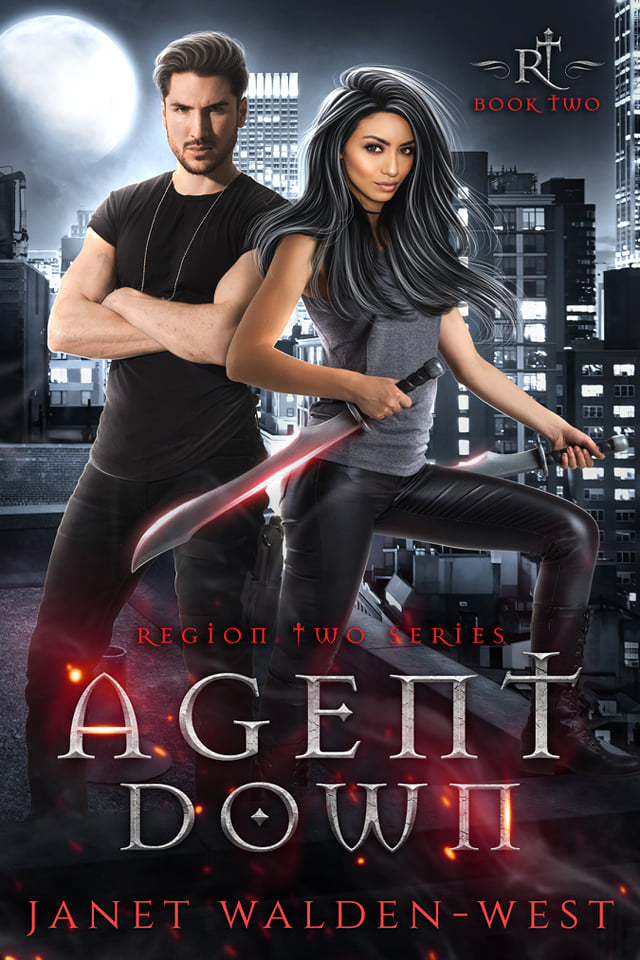 Bargaining with the enemy always has a cost—and mine has come due.

VEE:
Remember that way hot, way arrogant chef I rescued? Turns out, he’s my soulmate.
Despite Bruce’s lack of a filter, life is all good in Region Two.
Cryptids stalking the city’s shadows.
My team stalking the cryptids.
My sisters using our fav rom-coms as a study guide for meeting your civilian boyfriend’s parents.
I always believed cryptids were the greatest danger out there. I was so, so wrong. There are some tragedies even agents and Company resources can’t combat. A hopelessness that threatens to shatter the team and my heart.
Until I accidentally uncover an ultra-classified miracle. Hacking research above my pay grade isn’t the worst of my sins. What the research points me to requires betraying the Company, my team, everything that makes me–me.
But if this deal with the devil saves Bruce? I’m okay with the sacrifice.

BRUCE:
We’d gone through a different kind of battle and come out more in love than ever.
Vee thought we’d won. Hell, so did I.
Except there are things Vee never told me. That there was a price for saving my life. That Vee’s the one who has to pay. And now I’ve lost the woman who I love with every cell in my body.
When the Company discovers what she’s done, the verdict is treason, the punishment, death.
They’re about to meet Bruce the Bastard though.
There’s no power—human, government, or cryptid—that can keep me from saving Vee.
Print Length: 329 pages
Publication Date: August 31, 2021
Genre: Paranormal Romance/Urban Fantasy
Language: English
ASIN: B0952FX3SR
ISBN-13: 978-1-7372190-3-3
Order on Amazon: http://mybook.to/AgentDown

Excerpt One
Agent Down Chapter 1
Bruce

Bruce dribbled the basketball between his legs in a smooth move, out of Josh’s reach. Then ducked under the taller man’s outstretched arm, and took the shot.
“Nothing but net,” he crowed as the ball arced, rattled the rim, and sank in. “At least you’ve got cryptid hunting to fall back on, because your game? Weak.”
Josh got the rebound, but tucked it under his arm. Even with the regulation generic fade, and sweaty tank plastered to equally sweaty dark skin, he looked more like some too-pretty movie version of a private trainer than a soldier. “Time to hydrate.”
Since there was never a time in Scottsdale cool enough to argue, Bruce joined him, grabbing both of their water bottles.
“Try to catch this one.” He tossed a bottle to Josh, then swore and one-handed, hauled his loose basketball shorts up, tightening the drawstring before his pasty white ass flashed the entire compound.
“Bro. We can afford to order you some vertically-challenged sized shorts.”
“Shut it. I’ve been burning it at both ends.” Bruce’s pop-up restaurant concept, the idea that allowed him to join a semi-nomadic team of agents dedicated to protecting people from not-people, had blown up faster than even his healthy as fuck ego had predicted. Keeping his aggressively public #BruceTheBastardNation following and social media commitments up while protecting the anonymity of the team and their parent organization sucked up even more of his time and energy.
“Truth. Desperate restaurant owners for you, and windigos too dumb to remember their own migration patterns for us,” Josh said, then drained the mandatory BPA-free bottle in one go.
The team’s schedule, specifically Vee’s, was the reason Bruce hadn’t done the one thing he’d been building up to since he’d installed himself in their world a year ago.
He eyed Josh, Vee’s brother and teammate, weighing whether to bring him in on Bruce’s plan. He didn’t doubt Josh’s bravery or loyalty. He had trusted the guy to guard his back while Bruce acted as bait to lure out a Godzilla-wannabe the year before. Josh’s inability to keep anything secret from his sisters was another matter—but Bruce needed an insider’s opinion.
Bruce stepped a few feet to the side to bring the yard, the expanse of sandy ground between the house and the rest of the team compound, into view. A quick scan showed it and the narrow second story wraparound walkway empty.
Josh stepped beside him, checking Bruce out instead of the landscape. “What’s up with you? You’ve been twitchy as a goat that accidentally wandered into a chupacabra den for the last two days.”
If there was a downside to living with a quartet of black ops soldiers—aside from wondering every damn time they drove through the outer gates whether they’d survive to drive back through again—it was the un-fucking-canny observational skills.
“Get back on the court and act like you’re only taking a break,” Bruce ordered. The court was in the dead-end section at the end of the house, cut off from view on three sides and requiring turning a corner to find on the fourth. Still, agents excelled at being stealthy as fuck and the last thing he needed was Vee or one of her two sisters waltzing in.
“I thought we were taking a break.” Josh followed the order though, easygoing as always.
Bruce checked again, then jogged to the bench in the center of the yard, beside an artistic and out of place oasis of bird bath and desert succulents. He snatched the sketchpad case, the only item that was one-hundred-percent private in a world of pathological over sharing, and rejoined Josh.
“Don’t make me regret this.” Carefully, Bruce untied the case. The stuffed sketchpad bulged, fuller than usual. He flipped it open, revealing a small velvet bag.
Picking up on Bruce’s secretive vibe, Josh angled so he could watch the yard and Bruce.
When Bruce emptied the bag onto the book’s front page, the sun caught the diamond, refracting light back, the gem coming to life in a hundred tiny facets.
“Is that a wedding—”
Bruce lunged and slapped his free hand over Josh’s mouth as Josh’s yelped question echoed. “What did I say? What did I. Just. Say?”
“Sorry.” The reply came out muffled. 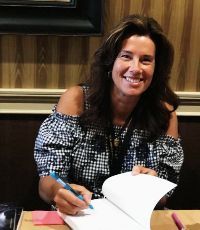 ABOUT THE AUTHOR:
Janet Walden-West lives in the Southeast with a pack of show dogs, a couple of kids, and a husband who didn’t read the fine print. A member of the East Tennessee Creative Writers Alliance, she is also a founding member of The Million Words craft blog. She pens inclusive Contemporary Romance and Urban Fantasy. As a two-time Pitch Wars alum turned Pitch Wars 2019 Mentor, Sherrilyn Kenyon scholarship recipient, and Golden Heart® finalist, she believes in paying it forward by supporting burgeoning Southern writers.
She is represented by Eva Scalzo of Speilburg Literary Agency.

Find more about her at janetwaldenwest.weebly.com or on social media.

4 thoughts on “Agent Down Blog Tour”

𝗡𝗼𝘄 𝗔𝘃𝗮𝗶𝗹𝗮𝗯𝗹𝗲 𝗶𝗻 𝗞𝗶𝗻𝗱𝗹𝗲 𝗨𝗻𝗹𝗶𝗺𝗶𝘁𝗲𝗱
🔥 𝗡𝗘𝗪 𝗥𝗘𝗟𝗘𝗔𝗦𝗘 🔥
🥳NEW RELEASE🥳
Thank you to the lovely @marinasimcoeauthor for this awesome gift! I can’t wait to read this series! And if you haven’t check out The River of Mists series yet you definitely should! ❤️
ZAYN by Author C.E Johnson is coming 𝑴𝒂𝒓𝒄𝒉 14! Pre-order your copy today! The Blogger sign up is here too.
New on Amazon/KU - DESERT DESTINY