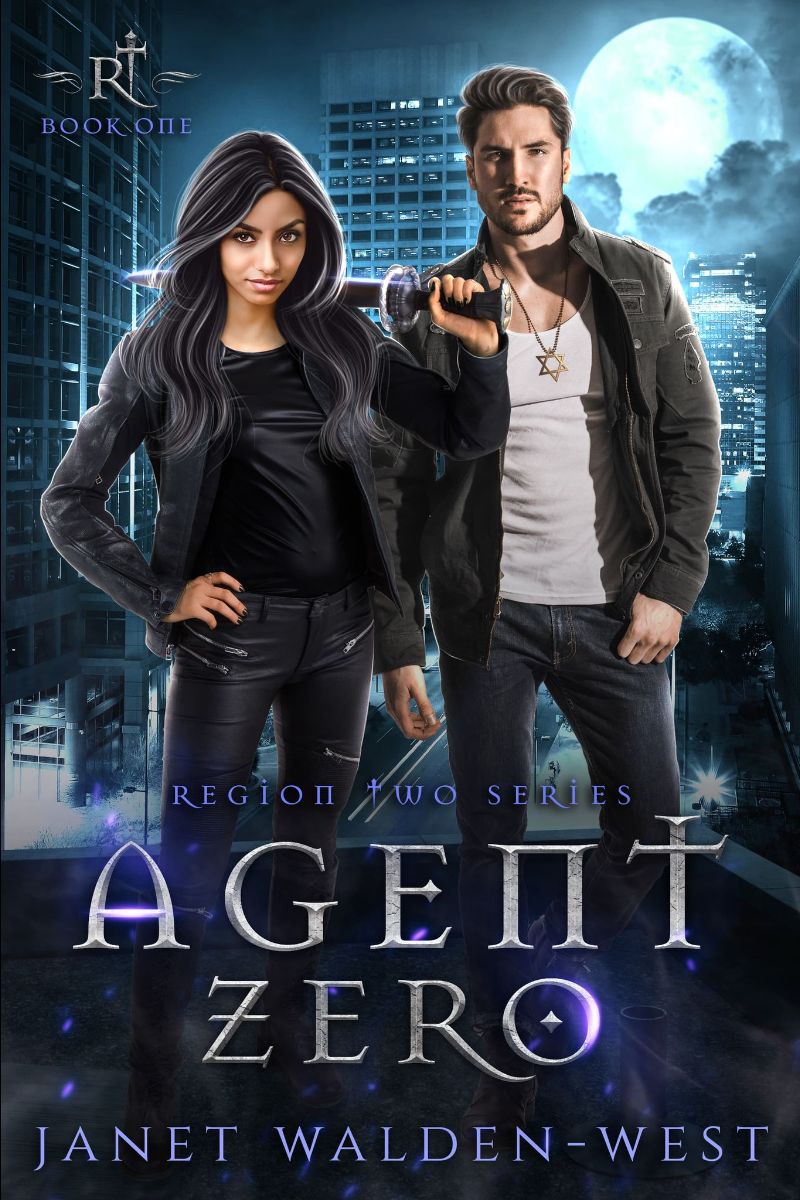 He owns the spotlight, she lives in the shadows.

VEE: My only purpose? Keep lethal cryptids in check, and our Company existence secret.
Sometimes a girl needs a night of karaoke and tequila though. Instead, after a vicious new cryptid species crashes the party, I end up saving and carting home a way arrogant, way hot chef. With Bruce Kantor now a temporary roommate it seems like the perfect time to indulge my forbidden civilian fascination—especially the friends-with-benefits part. But the feelings he ignites threaten my oath and mission.

BRUCE: Damn right I’m the bad boy of the culinary world.
I live for the limelight, and the legions of #BruceTheBastard fans love my temper as much as my food. After stomping out of one high-profile gig, all I’m looking for are directions to my next. What I get is a giant Komodo Dragon-wannabe, and Vee Ramirez, the most infuriatingly irresistible woman to ever hit my radar.

Even if we survive the relentless monster on my trail, our future is toast unless I can convince Vee there’s more to life than the Company.

The dry, early-evening desert air washed over him. He stood his ground on the sidewalk and a crowd of Saturday night revelers shot him annoyed looks but separated and flowed around him.

He rolled his shoulders and stepped out of the restaurant’s shadow, his irritation dropping away. The owner had promised Bruce free rein and the autonomy to completely overhaul the concept and menu. Instead, the guy had whined and second-guessed, pushing back against all of Bruce’s changes.

Now, plans and possibilities swirled in his head as he crossed the street to the parking complex. Too restless from the fresh ideas spinning themselves into existence like silk from a cocoon, he unlocked his car. He tossed his chef’s coat in, then carefully tucked his case underneath, and relocked the car with a soft beep of the fob. Not in the mood to fight crowds for a restaurant table, he cut through the empty garage, aiming for the other side of the neighborhood.

A scree-shriek like metal against concrete split the air.

He put his back to the closest car and scanned the parking deck. He also wasn’t in the mood for drunk assholes. The weak overhead lighting didn’t penetrate the pools of shadow in the corners. He waited a beat. Then another. His phone buzzed and he let it go to voice mail. The shortsighted restaurateur could stew in the mess of his own making.

When nothing moved and the noise didn’t repeat, he stepped out of the structure.

Stray cats and those damned bold coyotes were all over this area. Historic iron lampposts and adobe gave way to plain lights and neon. Gentrification hadn’t made inroads here yet, leaving a pocket of mom-and-pop owned businesses.

He aimed for a decent sized bar across the street. Shoving its front door open, he almost turned away. Karaoke, shitty vocals, and the impossible to banish ghost of cigarettes long-banned assaulted him. But the well-populated tables and happy vibe promised decent service.

“Fuck it.” He cut right, to the long bar. The bartender looked his way. “Bottle of Tipsy Roadrunner.” The local brew was the one highlight of this Arizona gig.

His drink arrived at the same time as a commotion on the raised stage. He spared a glance over his shoulder. A guy who resembled the duke in some new historical romance flick his sister wouldn’t stop drooling over whistled. The smaller, curly-haired woman with him thumped the surface of their hightop, and clapped.

What had to be the other half of their group hopped onto the platform. Vintage Lady G poured out and he winced. While the brunette on the right wasn’t much of a singer, when the one on the left opened up… Shit, she should’ve been arrested for the way she slaughtered the song.

He still found himself turning, elbows on the bar behind him and watching the performance. As a limelight hog, he recognized the trait when it was stealing the spotlight right in front of him.

Want more of the Region Two world? Pre-order the next book in the series, Agent Down, on Amazon: http://mybook.to/AgentDown and
snag a prequel to the series, Agent Alone, on BookFunnel: https://dl.bookfunnel.com/vlwfpkiyon&nbsp; 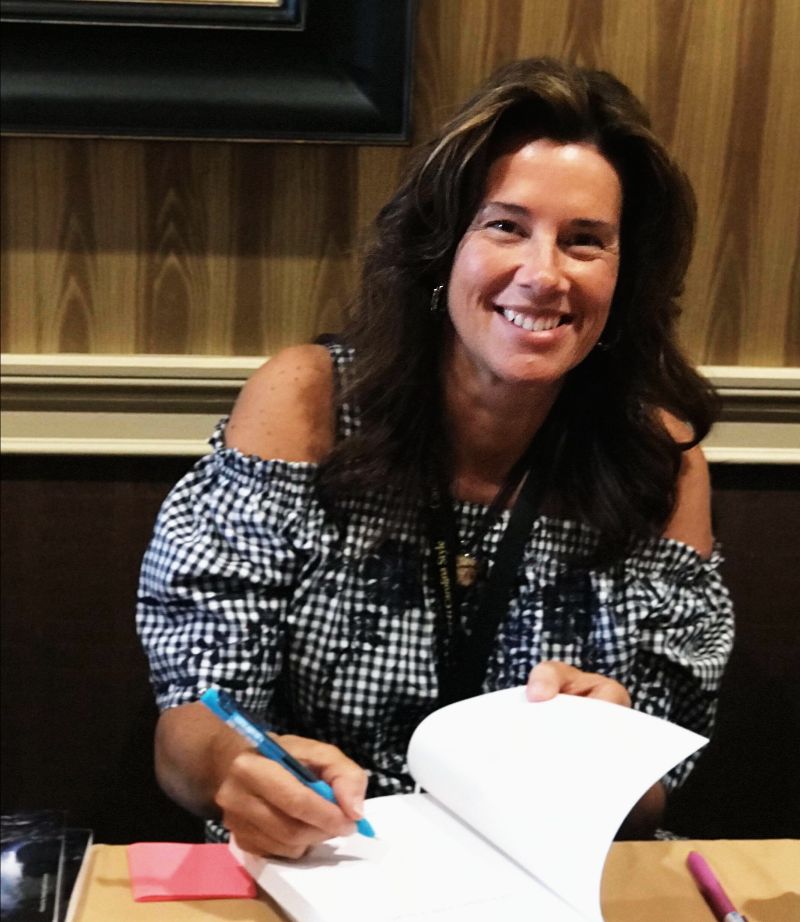 ABOUT THE AUTHOR:
Janet Walden-West lives in the Southeast with a pack of show dogs, a couple of kids, and a husband who didn’t read the fine print. A member of the East Tennessee Creative Writers Alliance, she is also a founding member of The Million Words craft blog. She pens inclusive Contemporary Romance and Urban Fantasy. As a two-time Pitch Wars alum turned Pitch Wars 2019 Mentor, Sherrilyn Kenyon scholarship recipient, and Golden Heart® finalist, she believes in paying it forward by supporting burgeoning Southern writers.
She is represented by Eva Scalzo of Speilburg Literary Agency.

Find more about her at janetwaldenwest.weebly.com or on social media.

Her assignment leads her into the wilderness—right back to the man who stole her heart.⁣
Experience the magic of New York City at Christmas with Fletcher and the rest of the misfit family as they create family traditions and memories through special dates and holiday fun.⁣
In 2160, humanity is divided. The ruling class of prodigies dictates law and order for all, while normals fight to survive. Only the Councils in charge of advanced Core cities can decide the fate of a traitor.⁣⁣
#9CENTS!!⁣
Kate had survived. She had lived through pain and torment and now she was on the other side, where all the happiness was supposed to be. But with Alec’s vengeful punishment for escaping him, she can’t touch anyone without hurting them.⁣
What is it about her that makes him lose his mind? Every. Damn. Time.⁣