Check out my stop on the blog tour for Where There Be Humans by Rebekah L. Purdy from Entangled Teen!

Sixteen-year-old Ivy Archer is arguably the best warrior-in-training Gob Hollow has ever seen. Yet everyone—except her best friend she suddenly has other feelings for—looks down on her because she’s only half goblin, with no idea what the other half is. She’s always suspected it might be human.But humans, she’s been told, aren’t real. They’re only creatures of myth.

When the prince of their kingdom is taken for ransom, it’s Ivy’s big chance to prove her worth. And when she learns his captors are human, the rescue mission becomes personal. The stories were clearly wrong, and now she has a chance to find the truth about her lineage, as well. If she survives…

With a small band of warriors at her command, including her best friend turned crush that’s getting harder to hide, Ivy sets out to find the prince and her human family. But the answers lie within secrets and conspiracies that run far deeper than she ever imagined.

Purchase links can be found
EXCERPT:
I veered away from the palace and headed down a hidden path. Hedges lined either side of the walk, and statues holding lanterns stood every few feet. Tree branches hung over the path like a roof made of greenery.
My heartthudded in my chest as I approached the granite archway leading into the yard of the Gob Archives…and I gasped. The structure was built of white marble; twelve columns surrounded the whole thing, and lanterns hung from the ceiling, twinkling like stars. In front of each column sat a bench and a statue representing each of the Twelve Hag virtues: Strength, Power, Kindness, Purity,
Wisdom, Stealth, Charity, Bravery, Dependability, Faith, Honor, and Loyalty.
The Goblin Hag was a goddess witch of sorts. It was said that when goblins first came to be, she’d bless them with certain virtues. She was the strongest being, but one day the darkness had tricked her, killing her and sending her soul to the
stars. Goblins still prayed to her, as she supposedly would give favor to certain goblins or even punish others.
I shivered at the last thought. When I glanced back to the statues, I noticed the one wielding a sword seemed to stare right through me, as though questioning my strength and courage. My blood thrummed in my ears. Then the statue’s eyes opened, and I felt the flesh on my back burn.
Pain dropped me to my knees, the impact forcing the air from my lungs. “Oof!”
What was going on?  Frantic, I searched the
courtyard. When I looked at the statue again, its eyes were shut. “I must be
imagining things,” I whispered.
I climbed to my feet, the skin between my shoulder blades stinging like I’d just been
flogged with Kimblay’s switch. As I neared the Archives, I searched for Pudge, who was still nowhere to be found. He’d better not have bailed on me.
A rustling in the trees had me diving for cover, and then I heard the sound of groans
coming from above.
“Ivy, is that you?”
“Pudge?” There he was, hanging from the tree, by a net. “How in the witch’s tit did you manage this?”
“The King’s Council has this place guarded by booby traps. I stepped into one.”
They’d definitely caught a booby, all right. “Well, hang on while I cut you down,” I
said.
“I can’t exactly go anywhere,” he snorted. “And they call you the smart one.”
My eyes narrowed. “It sounds like you’re asking me to leave you up there.”
“Sorry.” Pudge squirmed like a fish caught on a line. “Can you please just get me down
before someone sees me?”
Once I made my way over to the tree, I searched for the rope, which was tied on a
low-hanging branch. I unsheathed my dagger and cut it. Pudge fell to the ground
with a thud and a yelp.
“Ow, could’ve been more careful—there are rocks down here.” He attempted to untangle himself from the net.
In the distance, I heard voices. We were going to get caught. I rushed over and tugged Pudge behind the bushes, where he fell in a heap, bringing me with him. “I
can’t get this net off.”
“Quiet,” I hissed from on top of him, pointing to a guard making his rounds.
I covered his mouth with my hand, while I cut through the netting with the other, trying hard to ignore the increase of my pulse as our bodies pressed together.
Pudge stared at me, his gaze holding mine. His arm slinked around my waist, pulling
me closer to keep me from being seen. His warm breath tickled my cheek as my head nestled down into the crook of his neck.
I shifted slightly, my lips accidentally brushing his skin. Oh, Hag, we were so close. I heard the sharp intake of his breath.
“Ivy, uh, you might not want to do that here. We’re friends, but even I’m not fully
immune…” He grinned at me.
Blushing, I swatted his arm, pressing him further into the ground. “Shh…”
“Did you hear something?” one of the guards said.

About the Author
I was born and raised in Michigan (just look for the mitten-shaped state on the map). I’ve lived here most of my life other than the few years I spent in the U.S. Army. At which time I got a chance to experience MO, KS, SC, and CA.

I work full time for the court system and in my free time I write YA stories. Pretty much any genre within the YA realm is game for me, but my favorites are fantasy, urban fantasy, paranormal romance, thrillers, light sci-fi, and some time travel.

I also have a big family–I like to consider us the modern day Brady Bunch. When my hubby and I met and got married, he had 3 children from a previous marriage, I had 2 and we have 1 together. It’s a lot of fun though.

And I can’t forget my other family members–yep, we’ve got some pets: 4 dogs, 3 cats, and 1 turtle. Everyone in the family has one…I won’t bore you all with their names (unless you really want to know). Okay, you talked me into it! Jack, Pearl, Grr…(yes that’s my dog’s name), Leia, Callie, Mooshoo, Grouchy, and Sorbert. Other than writing some of my other hobbies include: reading (mostly YA of course), singing, swimming, football, soccer, running, camping, sledding, church, hanging with my kids, and traveling.

I belong to a fabulous writing group called YA Fiction Fantatics (YAFF) and you guessed it we all write YA!

6 thoughts on “Where There Be Humans Blog Tour”

Elena has always been a disappointment. Her magic is practically non-existent and now, on her sixteenth birthday, she is expelled from magic school by the strict headmistress–also known as her mother. Cast out into the world of the magically inept with only her familiar for company, Elena feels lost and alone until she meets a strange boy in the woods.⁣
EVEN IN A DYING WORLD, IS SURVIVAL ENOUGH?⁣
Mäzzikim (Maze) is the youngest daughter of a powerful chieftain, but beneath her obedient façade she’s haunted by disturbing necromantic visions—a rare power bestowed by the gods. With her ruling father vowing to destroy magic in all its forms, Maze languishes under the weight of her heavy secret.⁣
Christmas in July sale is ending soon! Last chance to grab A Winter's Wish for only .99!
“Falcon, are you alright?”
NEW RELEASE! 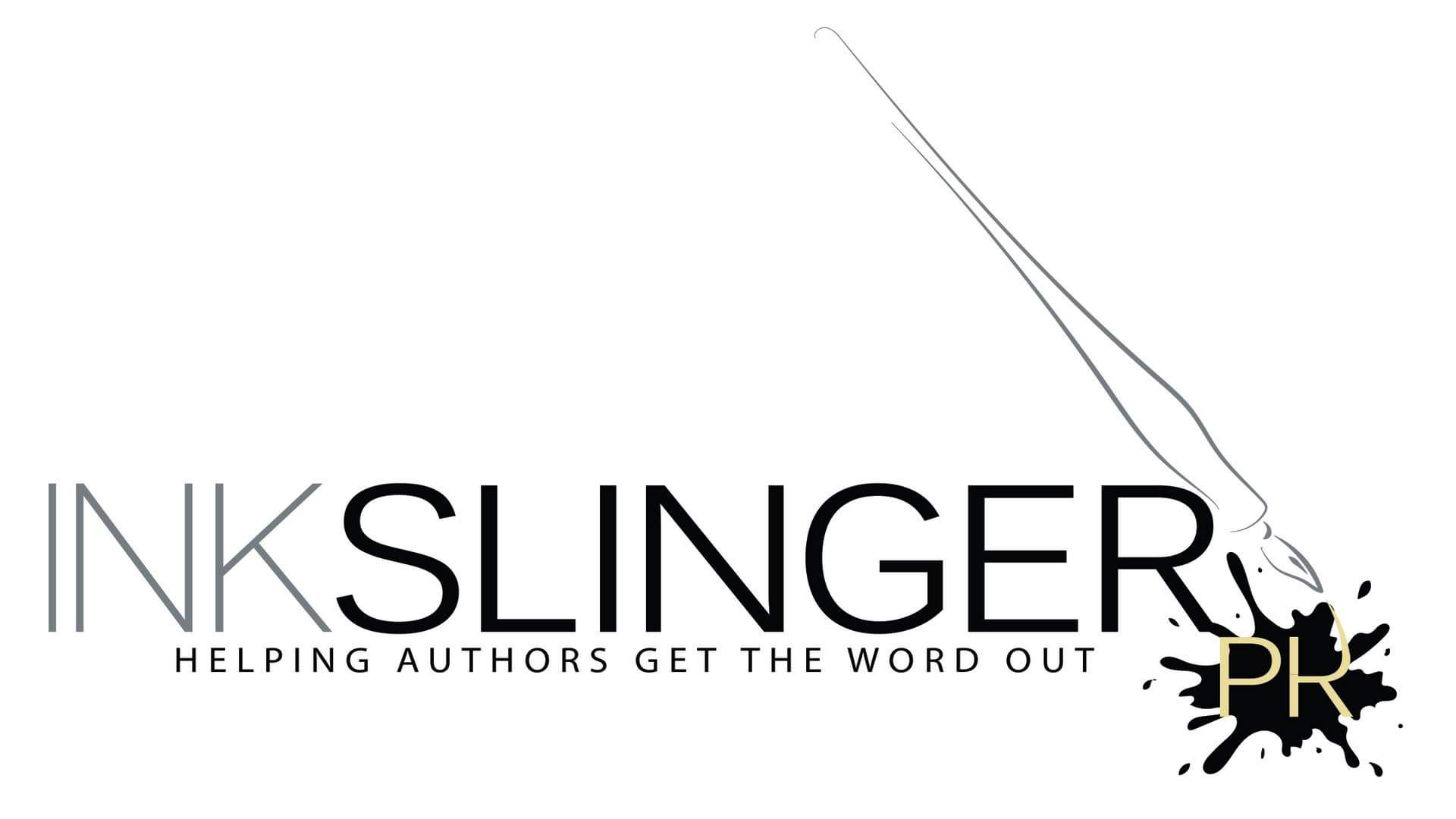